The staff of the anime of Aka Akasaka and Mengo Yokoyari‘s Oshi no Ko manga announced on Thursday that the anime will debut in 2023 with an extended 90-minute first episode. The staff also revealed that Rie Takahashi will play the idol Ai. The staff shared the second visual: 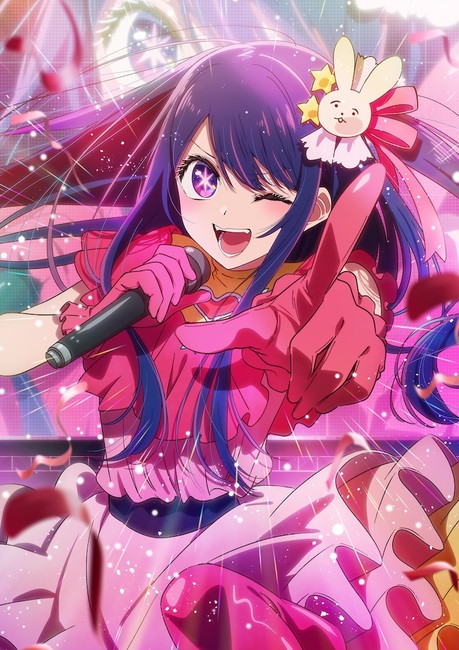 There will be a live broadcast program on December 11 that will feature Takahashi and other cast members, as well as new information. The anime will also get an exhibition during an event for Akasaka’s other work Kaguya-sama: Love is War in Akihabara. 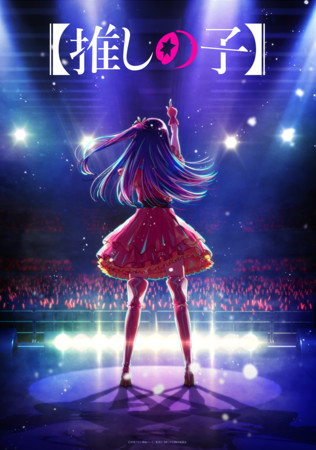 Daisuke Hiramaki (Selection Project) and Chao Nekotomi (Love is Like a Cocktail) are directing the series at Doga Kobo. Jin Tanaka (The Misfit of Demon King Academy) is handling series composition. Kanna Hirayama (Rent-A-Girlfriend) is designing the characters.

The manga’s story begins with Gorō, a doctor who coincidentally handles the childbirth of his favorite idol Ai Hoshino, who took a hiatus from the entertainment industry to give birth to her twin babies. However, just before Ai gives birth, Gorō dies from an accident, but is reborn as one of Ai’s children, Aquamarine Hoshino, with his memories fully intact.

Akasaka (Kaguya-sama: Love is War) and Yokoyari (Scum’s Wish) launched the Oshi no Ko (My Stan’s Kid) manga in Shueisha‘s Weekly Young Jump magazine in April 2020. Shueisha‘s MANGA Plus service is releasing the manga in English. Shueisha‘s published the manga’s eighth compiled book volume on June 17, and it will publish the ninth volume on October 17. Yen Press licensed the manga.

The manga won first place in the seventh “Next Manga Awards” (Tsugi ni Kuru Manga Taishō) in 2021. The manga won in the Best General Manga category in the 46th annual Kodansha Manga awards this year. The manga was nominated for the 26th Annual Tezuka Osamu Cultural Prize this year. The manga has also been nominated for the 14th and 15th Manga Taisho Awards. The manga ranked at #7 on the top 20 list of manga for male readers in the 2022 edition of Takarajimasha‘s Kono Manga ga Sugoi! (This Manga Is Amazing!) guidebook. The manga has over 3 million copies in circulation. Episode 2 – To Your Eternity Season 2 Anime